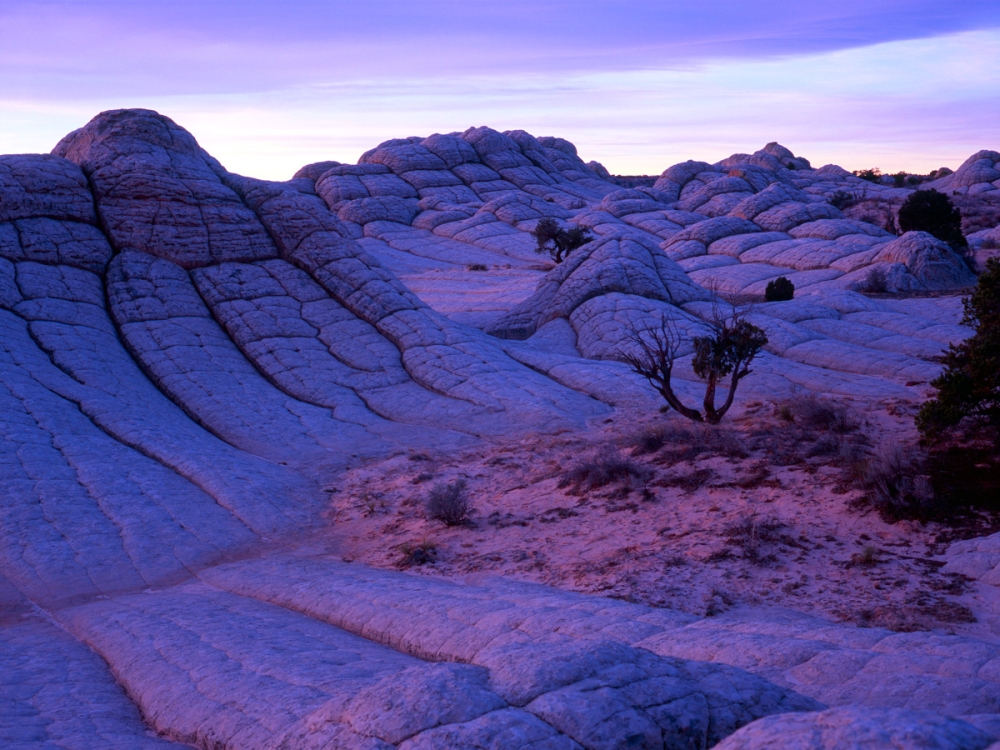 Located on BLM-managed land called White Pocket in Vermillion Cliffs National Monument, northern Arizona.  The backcountry route to this photographer’s paradise involves 1.5 hours of driving in technical 4×4 mode, trying to avoid getting stuck in deep sand.  Rain will render the roads impassable.  White Pocket is often thick with shutterbugs and photography instructors who sometimes wander into your frame (two of them walked into this one and I had to wait for them to disappear behind the central hillock in this image before I took the shot), but few locations are more worth the inconveniences.  This was actually shot about ten minutes before sunrise, and the pre-dawn sky turned the already bluish rock to a shade of purple and the sand a shade of pink.